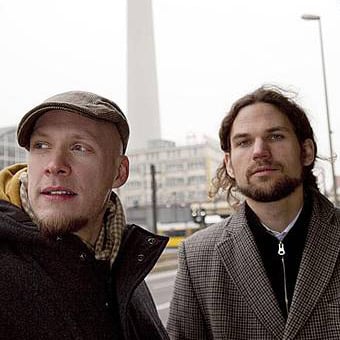 Ben Kraef is a German-Montenegrin saxophonist, composer and educator based in New York City. Ben graduated from the University of Music “Hanns Eisler” in Berlin. In 2007 he relocated to New York City on a grant from the German Academic Exchange Service (DAAD), and obtained a Master of Arts from The City College of New York in 2009. In the past five years Ben has won international acclaim in form of several prizes and awards, among these most notably the Biberacher Jazzpreis (2006), the “Concours International de Jazz de Fribourg” (2007), and the Yamaha Saxophone Contest (2007). Ben’s activities as a performer have included his membership in the renowned National German Youth Big Band (Bujazzo), where he was part of the concert line-up for a total of three years, and had the chance to perform throughout Europe, as well as southern Africa and Japan. The list of internationally renowned musicians Ben has been performing and working with over the years includes Lalo Schifrin, Phil Woods, John Patitucci, Marcus Gilmore, Gunther Schuller, Yoshiaki Masuo, Herb Geller, Pee Wee Ellis, Peter Herbolzheimer, Till Broenner, George Garzone, Ari Hoenig, Lonnie Plaxico, Peter Weniger, and Jerry Granelli. Ben has also performed with several well-known pop groups, among these "Wir Sind Helden" and Joy Denalane.