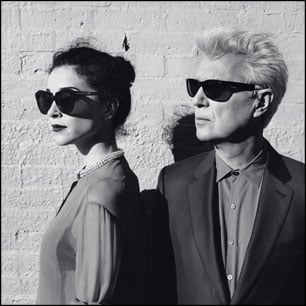 David Byrne (born May 14, 1952) is a Scottish-born British musician permanently resident in the United States, and the artist best known as a founding member and principal songwriter of the American new wave band Talking Heads, which was active between 1975 and 1991.

St. Vincent is an American singer-songwriter and multi-instrumentalist. She began her music career as a member of The Polyphonic Spree and was also part of Sufjan Stevens' touring band before forming her own band in 2006.