Born in 1984, in a small Austrian village called Koblach, David Helbock began playing the piano at the age of six and continued his studies at the Feldkirch Conservatory where he finished in 2005 with an "excellent" degree in performance. In 2000 he started taking lessons with the New York jazz pianist Peter Madsen, who became his teacher, mentor and friend. Having toured many cities around the world, he is also very active as a composer. He is known with his “One-Year compositional project” where he wrote a new piece every day for a whole year.

"...it ́s music that thrills the body and the mind..."
Roland Spiegel - Bavarian Radio 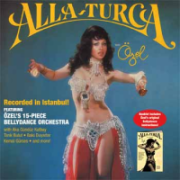