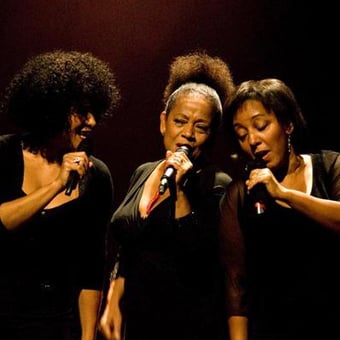 As far as we can remember the story of the little Corrêa sisters has started when, still young, they were playing music using a box as a stage, a broomstick as a microphone, at the far end of their family garden, in la Gavea quarter, Rio de Janeiro (Brazil). Time has passed: the success was here with 14 gold records obtained in their career.

It is in 2002, after a long period of concerts, recordings, promotion that they take the decision to have a rest. They go back to their native Brazil, to meet their Brazilian audience and find their roots. 2009 is the year of their come back in France with a participation to a french tour named "50 ans de la Bossa Nova" (50 years of the Bossa Nova) and the recording of a new album.

"You don't have to understand the languages they are singing in, you only have to love good music done well."
Jazz Review