Bob Dylan is an American singer-songwriter, musician, poet and painter. He has been a major and profoundly influential figure in popular music and culture for five decades. Much of his most celebrated work dates from the 1960s when he was an informal chronicler and a seemingly reluctant figurehead of social unrest. A number of his early songs such as "Blowin' in the Wind" and "The Times They Are a-Changin'" became anthems for the US civil rights and anti-war movements. As a musician, he sparked several genres of pop music, including electrified folk-rock and country-rock. 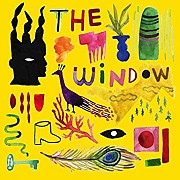